AussieSOS is an interactive website to spread awareness and raise funds using live data from the ongoing Australian wildfires. Pulling data directly from Australian firefighting services and using a highly responsive, JavaScript-based globe model that we created from scratch, users can drag and orientate a to-scale polygon representing the total fire area. This can be placed on any part of the globe to gain a better intuitive understanding of the scale of the fires. Immediate donation to support all affected is available.

The Issue in More Depth

Over the last several months (Dec-Jan ‘19/’20), the nation of Australia has experienced its most devastating wildfires in recorded history. Unprecedented in scale and ferocity, to-date 11 million hectares of land has been ravished, 30 people have died and 1.25 billion animals are estimated to have been lost. Sadly, Australia is only at the start of its bushfire season, and these fires continue to threaten. (Source: https://edition.cnn.com/2020/01/01/australia/australia-fires-explainer-intl-hnk-scli/index.html)

The problem, at heart, is a common one: comprehending large numbers. It is important to grasp that if 32,000km2 of Australia is on-fire, that’s an area twice the size of Wales. When relative to locations and places familiar to a non-Australian-native, the bushfire data is much more accessible, relevant and profound.

In our technology, we allow the user to drag a graphical representation of the total area of Australia that is currently on fire. This is supported by livestreamed and up-to-date information from the Rural New South Wales Fire Service. A donation form to take action on is also a key feature.

Made entirely in the front-end, before the Hackathon we all had little experience of web-dev and JavaScript. Our solution is comprised of the following:

The majority of the code is written in JavaScript, with some HTML and CSS along the way too.

We ran into considerable challenges on the Three.js front - discovering all sorts of peculiarities with how objects are rendered.

Completing the project to a really high standard and having it fully functional to deliver by the end of the Hackathon - that doesn't happen all the time!

We see potentially other extensions into other natural disasters, as well as adding an infographic page with more data to be presented to encourage more donations.

This is a Hack Cambridge 101 Hackathon project by Neil Weidinger, Matt Timmons-Brown and Rafael Anderka, that was taken from idea to implementation from Sat 18th-Sun 19th Jan in 24 hours. We are all second year students at the University of Edinburgh, studying for degrees in Computer Science and AI. 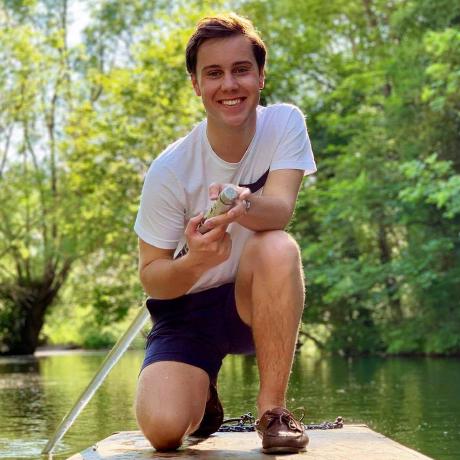