Humanity is fraught with controversy

The scope and severity of these controversies are immensely different: Should nations consider Palestine a state? Should NFL players stand during the National Anthem? Is Affirmative Action a good public policy?

"If you can learn a simple trick, Scout, you'll get along a lot better with all kinds of folks. You never really understand a person until you consider things from his point of view, until you climb inside of his skin and walk around in it."

Affirmative Action provides a forum for critical thinking and metacognition about poses yes/no questions to users. Once a selection is chosen, the user is must Defend Their Position or Play Devil's Advocate.

Let's say the initial question is "Do you support NFL players kneeling during the National Anthem?" A user can choose either Yes or No.

After submitting their response, the user can then scroll through a confusion matrix of other users' responses.

Atticus Action has two main workstreams. First, there is a public site where anyone can post their answers. Second, companies and communities can create private questions for internal use. If an upcoming controversial or simply a big decision must be made, Atticus Action is a wonderful tool for gaining employee/community insights and potential blockers. We plan to add Natural Language Processing and Clustering of responses as features for the enterprise plan. 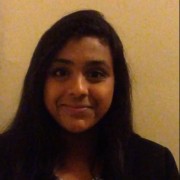