Human tends to be lazy when reading with full of text only, we more easily comprehend information through images or some kind of visualisation to help us understand the incoming information in a more structured way. Beautiful things always captive our attention, interactive informations alert our focus deeper.

Atomixy offer this idea as becoming the mother of resources for all of the graph or a flow mapping structured ideas, basically the wiki of flow-mapping. Since the world evolves, and while we are adapting, we also want more transparency and more security in our tech, even if it's open-source we also want to have full transparency in data authority. If wiki's database gets attacked, while humans are at war. How it affects to the future generation? Everything is vulnerable, and what the past generation has been built will be nothing and erased, only permanent storage and blockchain are able to make it into everlasting resources.

Or perhaps if the media source somehow controlled, how do we know if the data is valid. Most of wiki are centralised, the admin could have key to change database if they want. The government or some org can just dictate and control the media information in the wiki.

This is where decentralisation comes to rescue and make everything what community has build together also protected together by the community, while also in the future that might be also benefiting back into the community [^v4] -> it will be explained more in v4 roadmap.

Consensus mechanism make all of these possible even though right now most of the network isn't mature enough but everything has a beginning. It also will flourish the open source capability, because the original team doesn't really need to maintain the server and database anymore, main team or contributor can be more focus on innovative ideas, and progress.

But if somehow project still want to use centralised server, I don’t really mind. I’m open for ideas, for there are several things as well that can only be achieved through hybrid condition.

Atomixy has flexible purpose, as the other thought this could be good for researchers. I think this could become a Salary Management as well. Wait, what?

So I used to have a problem with inter-bank and it was slow to receive payment from another country. Since it’s using crypto payment it will be quicker for global organisation, and each node will be an employee information with more detail informations, and vesting account. Each node might be locked or visible only to the related role or address [^v5]. The manager could see the structured of an employee because of mapping and charts.

Or even perhaps a Tournament structure for anything (Esports, hackatohn, etc.). Whether for crowdfunding pool tournament + displaying schedule, displaying some timeline. There are many more ideas to come. Atomixy’s idea is still raw.

But good things, the fee is low 0,01 usd tested in Polygon (and the latest one I tried in harmony $0.000001 ) also fast in proper network choice like solana, polygon, harmony.

So it shouldn’t be problem but I still think it’s bad UX. so I proposed another idea how to make it more seamless [^v4]. but it also makes stricter in good ways, because in the end the goal for each version has to be approved first either by project owner, DAO or some new way in the future.

and I'm still thankful because of mapping hackthon I've got a lot of ideas, want to finished it and innovate a lot of things with web3 for the better future.

I learn best way to store data, using arweave without paying fee in arweave, that's really helpful to accomplish Atomixy goal and optimising Atomixy's flow. Previously I thought IPFS is enough, turns out that have problem in the future as well with garbage collector things, I misunderstoos how ipfs works. I learn how to narrate the video and make it into the pitch? unsure about this lmao.

Be ready because it’s long, there are several version roadmap (v1-4)

Completing V1 (Richer Tools) : Most of these are almost done but due to limited time and feature prioritisation.

V4: utilising the app to next level

I will give detail for v4 and v5 again later. It will involving some TVL ideas, since Atomixy could lock token in each nodes (maybe for tournament pool, or salary). Might want to maximise that opportunity to stake that, and if atomixy as big as wiki, then each projects will have massive cash flow that need to be consider. 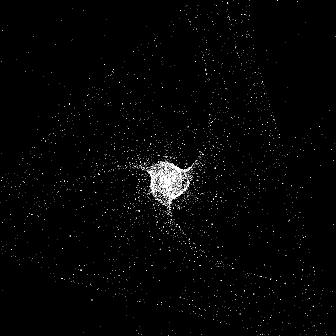 Helloo everyone, I finally have time in the weekend. So I update the story with better explanation. Sorry for bad grammar. I will recheck again later.

Later, I will give more detail about v4 and v5. It will involves some TVL ideas, since Atomixy could lock token in each nodes (maybe for tournament pool, or salary). So I think might want to maximise that opportunity to stake the token, and if Atomixy as big as wiki, then each projects will have massive cash flow that need to be consider.

Update dapp (decentralised app) with another testnet options: kovan and mumbai, on next solana (probably after 17th).

please if judges want to analyse before 14march-submission, then check this commit fa8c3d45eaf395c0f4fc03556230ada53da3cd9e and it's easy run on local, because i'm gonna keep update the repo, and I'm already setup the roadmap till v4. I know what I want to make since the beginning, and I'm gonna try to finish it.

PS: not sure if I am allowed to update the Story as well, since I already finished my writing on medium about this, I wanted to match the informations in the story