The NFL alone is an $11 billion industry. NFL teams annually draft players in hopes of creating winning franchises and increasing revenue. Millions are spent on draft picks who turn our to be busts. Sports journalists are the eyes and ears of sports. Collectively, they spend more time researching athletes than actual team scouts. Our research has shown that there is a pattern of success for certain athletes based on analyzing sports articles. Athlete Analysis uses natural language analysis to analyze millions of sports articles to determine if low draft prospect will become top NFL athletes.

In 2011 NFL draft (and other drafts) many players were drafted late (or not at all). Some of these players turned out to be excellent players worth more than expected. Every NFL wants to find that hidden gem of a player. Athlete Analysis uses Alchemy Language API and our algorithm to scan, parse and measure sports articles to determine the future effectiveness of athletes who are not top contenders.

Tom Brady who is a future hall of fame NFL QB was drafted in the 6th round of the 1999 NFL draft. We wanted to analyze what journalists said about him from 1989-1999. Unfortunately, there are not a lot of sports articles online covering Tom Brady before 1999. Thus, we focused on the 2011 draft as a test case.

Initially, we wanted to use 1 or 2 news sources such as the New York Times because of the ease of use of their API. Unfortunately, their breath of coverage was not extensive enough for our needs. Thus we are using Google Custom Search to query about 210 of the top sports sites.

What's next for Athlete Analysis 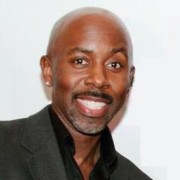