Uniquely blends the physical and virtual world via immersive, extended reality (XR) media property. It is a unique STeAM interactive media, participation, collaboration and community. The 'e' is more entertainment than engineering and the 3 C's of Content, Commerce and Community, supported by an accelerating cultural cognitive shift called the Overview Effect.

The seeds were planted in 1990, though it wasn't until 2003 when it was formalized into the first design documents, sketches and outlines. Since the, aspects of the concept have been investigated on smaller related projects. Prototype components in: Swivel 3D, Virtus, VRML, WinAmp (LAU), Keyhole, then GoogleEarth, NASA Whirlwind, There, OpenWonderLand, SecondLife, WebGL, Goo (predecessor to Sumerian), Unity, Unreal, Improbable's SpatialOS, Styly and now Sumerian. All of these have offered a canvas, however, all these gardens are not the Metaverse.

The concept is based around an industry which has yet to open to the public, so to keep going when the technology, ecosystem(s) and markets didn't and still don't commercially exist in the civilian public space (though do for military) has been a challenge. Equally, the associated fatigue of systems of systems change and trying to just focus on the next right thing has been the greatest challenge.

The amount of innovation required to build a property and market (ultimately) from an emerging nascent embryo requires and has improved my persistence and learning. After all these years, I'm still optimistic.

The list is too long, however, it only feels like I'm beginning, though I started in VR1.0, and now VR3.0 and AR and MR 1.0 are here. More importantly than the device and distribution technology, its taken time for a global market raised on 3D MMOG and the Internet, just as AI assistive technology is finally blooming. Learning is the new labor and the bedrock of innovation. The time has come.

What's next for AstroLab

To connect the simulation to the first physical IOT sensors and devices and data telemetry channel feeds. 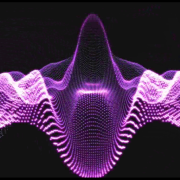