"I'm trying to find a planet that's not there."

The solar system is a massive entity that we have barely begun to touch - and this is true both of our own planetary system as well as the massive fictional entity that is found in the Star Wars universe. Inspired by the scene in Attack of the Clones, when Obi-Wan is searching the Jedi archives for the missing planet Kamino, we wanted to bring the futuristic sci-fi technology present in one of the most famous and loved fictional universes into our very own lives, here in San Francisco.

The idea behind Astro AR is simple: humans are visual learners, and augmented reality technologies allow us to learn in a 3D immersive environment. Astro AR is demonstrated in this hack to showcase its origins in the Star Wars universe, but would in production be targeted towards youth (K-12) learning about our galaxy and the extraterrestrial celestial bodies that share our space in the universe. Further applications of the technology allow students to approach a limitless wealth of immersive education: imagine learning about the various types of dinosaurs as a Tyrannosaurus towered overhead, or studying the various parts of the brain with a model in front of you to pull apart and examine in depth. This is the motivating factor behind Astro AR.

The first part of Astro AR utilizes SWAPI, the Star Wars API, and makes calls via JSON to retrieve planetary data from the database. Demonstrating the ability to pull RESTFUL APIs into this Unity Meta AR project opens up a wealth of potential 3D applications, and a simple parser can be used to read through a variety of other RESTFUL API sources. The simple yet engaging GUI improves the immersion by coordinating with the overall theme of the project, in this case, the planets of Star Wars, and audio elements add an additional level of fun for engaging younger children in learning about their surroundings. The second part of Astro AR showcases our own solar system as you play the part of the sun. As educational gaming has proven - students learn well when they are having fun, and what is more fun than placing yourself in the worlds of your dreams and imaginations in order to gain more knowledge about the physical world that surrounds us? 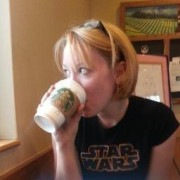