Inspired by GSN, which enables one to pay for another's transactions, we decided to generalize the concept of mutually beneficial transactions further. The impetus behind this is two-fold: 1. Requiring people to either be online or run bots in order to manage their blockchain accounts poses a major barrier to adoption. And 2. Remaining silo'd within our own accounts leaves a tremendous amount of value on the table that we could otherwise all benefit from.

ASC Protocol = Active Smart Contract/Active State Change (for Cosmos) Protocol. At a high level, ASC allows you to specify conditions under which transactions can be made on your behalf, and economically incentivizes others to fund these transactions when these conditions are met. This opens up a new paradigm of possibility within blockchains. With it, in a decentralized and 100% trustless way, you can do things like: 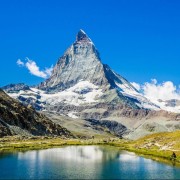