The Story of Godfrey

Godfrey always has time for his students, even when his salary was being withheld, he never lost sight of his top priority - the incubation of the young who are the future of Kenya.

As recently as 2 months ago, tens of thousands of primary and secondary school teachers were forced to strike and fight for what they deserve against an ill-budgeted government. Unfortunately, teachers were not the only ones harmed. Twelve million students in publics schools were home as schools shut down.

If Godfrey had one wish during this time, it would have been to continue to support his students, some of whom were preparing for the all important nationally standardized test. He couldn’t, because he had to take up 2 part-time jobs to pay for his basic necessities.

Godfrey is the rule, not the exception.

But even as students’ academic prospects suffered, parents struggled to find a way to get involved. They needed a scalable and accessible way to directly support capable and passionate teachers in the community like Godfrey, strike or otherwise. Asante Mwalimu is our solution. It is a crowdfunding/tipping platform, designed for parents and other interested parties to directly support local teachers on a job well down (similar to the concept of tipping in restaurants but done Anonymously)

The platform has 3 aspects, the SMS/USSD aspect for parents and guardians, the Smart Phone aspect for teachers to enter data and the Web Portal (http://asantemwalimu.com/admin username: demo, password: demo).

Challenges We Ran To 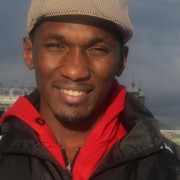