Often during lectures, it is hard to visualise objects based on the 2D slides lecturers use. We believe that by having the objects right in front of you, you can engage with the content far deeper since you have the freedom to explore it however you want

ARnold offers an easy solution for lecturers to share, highlight and present 3D interactive models to students. The application allows students to access real-time 3D models shared by the professors with a simple access code. In the engine example, it's like the professor handing out an engine to each individual student as opposed to just showing 2D pictures of it on the screen.

We used Unity as our development platform. This allowed us to have an easy to use rendering engine as well as giving us access to the Vuforia AR plugin. We did the networking using Photon PUN from the Unity asset store.

All but one team-member had prior experience of Unity, so one of the biggest challenges was overcoming that learning curve to be able to create a working product. Another challenge was the networking. Unity offers native multiplayer support which we thought we could use. However, it was very error prone. Therefore we had to change to the Photon Unity Networking solution which was far quicker to set up and easier to use.

Within 24 hours we went from having no idea what to do, to creating a fully functional mobile app. As well as it being functional, we put great importance on the UI aspect of the app. We wanted it to be easy to use and visually appealing.

We mainly learned how to use Unity and this project was a great introduction to showcase its power.

What's next for ARnold

Along with the Imperial Enterprise Lab, we will be looking into developing the project further. The next step would be to do further market research and get a few lecturers to test the product and improve it according to their feedback. 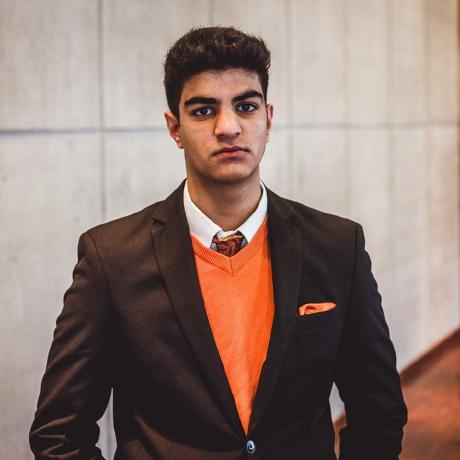