Usually it's hard for employees to communicate with their companies. (Many workers means hard for the company to keep track of the satisfaction of everyone, some people are shy or afraid to give feedback)

ArGla provides employees with a means to communicate with their company.

What's amazing about this is that, compared to systems such as Glassdoor or Yelp, where reviews are given at usually the end of a person's experience, ArGla provides meaningful data and feedback to users in real time, allowing for users to have a chance to create change for those around them to help improve their experiences before it's too late.

Allows users to get real time feedback from people around them as to how they're feeling.

Users can share a special code with others that allows them to anonymously share their feelings back to the user using either a happy, neutral, or upset option along with an optional short (less than 15 word) suggestion as to why during different periods of time.

(quick and easy, one touch of a button/feeling and a short response)

Although ArGla initially was meant for working environments, it can also work for restaurants, teaching environments such as professor feedback during lectures, and much more.

An important future feature to consider including is going to be a “Yik Yak” feed where workers can share/express their concerns in the workplace while being able to get support from others.

Future features to be added/considered include: 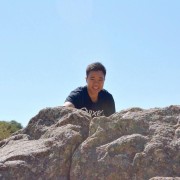