i ## Inspiration Well, Since I'm hardware oriented, I always wanted to try my hand at Arduino boards. Because Arduino boards requires some knowledge in coding, it was a "kill 2 birds with 1 stone" kind of thing where I'm finally working with Arduino boards and I'm learning how to code them.

Basically, it just prints a line on the lcd screen that says "Swamphacks!", and has moving blocks on the bottom line that look like eyes moving left and right. The lcd also lights up in a cool green color, and there are buttons that turn on a buzzing sound and turn off the sound. It's pretty basic.

Very carefully, and persistently. I basically started with a Arduino Uno board, and thought about what I can do from there. At first, I was going to do some sort of reflex game, but I ran into a few problems, so I thought about changing the way a reflex game works, but I also came to a few more problems due to the limits of Arduino. So in the last few hours of hacking, I decided to go basic and fundamental with Arduino. This way, I'm learning how to code and use Arduino efficiently, and there wouldn't be any complications in finishing my little project. Thus, the Arduino Basic Toy was made. However, I couldn't do it all myself, I had a few help from random people and lots of help from a mentor, whose first name was Brett.

As I have mentioned before, there were a few changes in my project's direction. For one thing, I have never coded with Arduino's before and I'm not very well experienced with programming at the moment. As for the directions of my project that led to what it is right now, the changes were made because of Arduino's limits such as having to move a character on the lcd screen and it's refresh rate to make it move must be the same for all characters across the screen. The initial idea was that make a 2 player reflex games and it required the black blocks to move at different rates. Unfortunately, it seemed virtually impossible to happen with modules and boards provided. At some point, I changed the idea to something basic and the least challenging task I had to accomplish was to make sure the Arduino toy was working the way I wanted to and testing it to make sure the coding was good enough to where there wouldn't be any errors or crashes.

Learning how to code Arduinos. Getting my hands on Arduinos. Successfully completing a project. Attending Swamphacks on my very first semester, and having the feelings where I solved problems by myself.

How to code Arduinos.

What's next for Arduino Basic Toy

There really isn't a defined direction or sequel of Arduino Basic Toy. I basically created a project for myself where I have a goal and I have fun learning and playing around with my project. If there were to be a sequel to my project, it would depend on what modules I have, what Arduino board I would use, and what ideas I have to make it a reality. 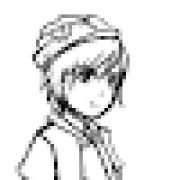