We were inspired by the general industry sentiment that “In the end, most web apps are just glorified CRUD interfaces.” It didn't make sense to use that our JavaScript frameworks was the part in the equation that was standardized and agreed upon when the front-end operations should be different for every project. However, the back-end operations can be considered pretty much identical. Even with Ruby on Rails this current culture of rewriting the API for every project is inefficient. Ardite solves this.

We used Rust for its performance characteristics and its growing community. We never expected to finish Ardite over these 36 hours, only to get a good start to meet a future deadline. What we accomplished in these 36 hours specifically was:

The standard compile errors. Also, some of Ardite's designs were not completely flushed out when starting the hackathon. Therefore when it came to implementing them a few minutes must be first spent addressing and evaluating the problem.

We also ran into a large problem creating a port of Facebook's GraphQL parser to Rust. As our team had little experience with Foreign Function Interfaces (FFIs) and the use of such APIs require some "unsafe rust" code, creating the GraphQL parser took longer than anticipated.

The work we got done. Unlike most hackathon code, what we wrote in these 36 hours, this is not throw away code. We have plans to continue to develop this software, this hackathon was merely an accelerator. The core library is now much more fleshed out, core concepts are starting to solidify, we have a MongoDB driver, and we have a working GraphQL parser.

Do a full inventory of our plans and what we know before going into the hackathon so if we need to try something new like FFI development again we can be prepared.

Specifically, we need to find a good way to manage collections with our schema and authentication. 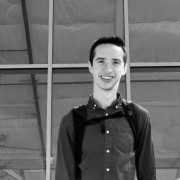