Appception allows you to build mobile apps on your iPhone through a simple drag and drop interface. While building your app, it is always running and it has its own behaviors and states. With Appception, anyone can build apps that use the device's sensors, persist and retrieve data locally or remotely, and interact with third party services. If you are pursuing more complex development, with just a tap of a button, we'll generate the source code of your app and send it you.

We built Appception with React Native, a new open-source framework by Facebook for building mobile cross platform native apps using JavaScript. Using Redux, a predictable state container JavaScript library, we can handle the state of the user created app. We designed a software architecture that allowed us to effectively isolate the states of the app builder and the user generated app, within the same iOS app. (hence App-ception) Appception communicates with a server application in order to deliver a generated app to the user.

We ran into a lot of challenges with creating barriers, keeping the building app and the dynamic app separate, while at the same time expanding the possible functionality that a user can build.

We're proud to have built a proof of concept app that, if deployed at scale will lower the barrier of entry for people to build apps that create value for their users. Everyone, including your grandma can build the dumb ideas that never got built because uber for cats actually isn’t a good idea.

Today we all learned React Native. Although some of us were familiar before hand, creating an app with JavaScript was a whole new experience for some others.

Expanding the range of apps that you can build with Appception by providing more draggable components and integrations. Integrate deployment facilities within the Appception iPhone app to allow users to ship the app to beta users and push updates directly to their devices instantly. 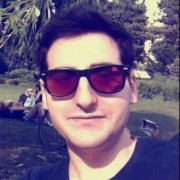