University students sharing their notes online has lead to the rise of repositories, like Course Hero and One Class, which facilitate the search and purchase of both general subject matter notes, and notes for specific courses at a selection of universities. Some larger universities, such as the University of Alberta, have tens of thousands of submissions on these platforms. However, they are centralized, proprietary, for-profit, and opaque. They are profiting off of the work of students, without transparency over note quality, payment settlement, fair prices either for students buying notes or fair compensation for those students contributing their work.

Alice is a very good student and has great notes. She also would love to earn some money selling them. Alice goes to A+plus website, upload her notes to the Linnia Protocol (an open-source Decentralized Data Protocol) and list them to sell in the A+plus DDEX. She chooses a price for which she is willing to sell her notes, and then a Listing was created in the AplusListings SC.

Bob is very behind for his exam and is desperate to find good notes to save his ass. He goes to A+plus website and found notes for a very affordable price that are validated by many experts. (These happen to be Alice's Notes, but Bob doesn't know it's her)

A+plus contains a TCR list of experts. People with subject matter expertise that can verify that notes are good notes of different subjects. This attestations also occur using the Linnia Protocol.

Bob decides to purchase this set of notes. He sends the ETH, which creates an Escrow in the AplusEscrows SC. This way the Escrow SC keep the money until the seller sends the actual note.

Now Alice receives a notification that someone wants to acquire her notes. She enters A+plus website and approves the transaction. In order to do that, the frontend retrieves the original notes from IPFS and asks Alice to use her Linnia Private Encryption Key in order to decrypt the data.

After that, using the Linnia Public Encryption Key that Bob provides the notes are encrypted again and stored in Linnia.

Now Alice can claim the money from the AplusEscrows SC which will check that the notes were already sent using the LinniaPermissions contract.

Bob can go and decrypt the notes using his Linnia Encryption Keys. After that, he receives some Aplus Tokens. With these tokens Bob can vote in the TCR if the notes whether good or bad. This way the TCR can remove someone from the list if they attest for bad notes.

We used a rapid agile workflow and identified concrete interim objectives. After dividing and conquering the tasks required for an MVP, we began working on our stretch goals, such as expert attestations.

We spent 16 hours trying to figure out TCRs. Turns out, the documentation is pretty tough to pick up and get through.

We're really proud of working together as a team to learn a LOT about some aspects of blockchain technology that we did not have very much experience with. We're also proud that we came out of this having lots of fun hacking together!

We learned that TCRs offer many interesting new functionalities, but integrating a TCR with other parts of our product proved to be very challenging. We also learned that this fascinating and powerful mechanism can perform that which was previously impossible, but it is still greatly unexplored at scale.

We also learned that we love Club Mate.

What's next for Aplus

First, naps. Then, we would like to integrate artificial intelligence algorithms into the TCR such that we can identify potentially plagiarized or copyright-infringing content in potential listings. 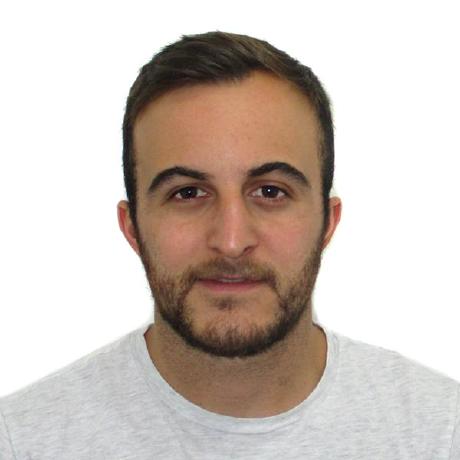