Our company is registered in Kazakhstan, we do not find your country in the list and pointed Russia, although no legal restrictions. microsoft is already working with us. We need technology Havok, for create multiplayer online Antitank game for many platforms. After a few requests on the official website you sent us on projectanarchy.com subsequent requests are ignored. What we can to begin a dialogue with the company Havok? We made the game for your contest, the entire logic of the game, we have implemented in lua scripts, except zoom or FOV, as this function in lua was not, but otherwise we like your engine, and we very much want to create programs using it. The reasons behind the creation of the game Anti Tank:

For this purpose in the game Anti Tank have the following options: 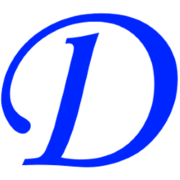