People usually get bored when they go to a public place especially when they don't know anyone and are skeptical to make the first conversation, they might feel socially isolated. We, ourselves have faced this issue often at airports, malls, and other such public places, thus we thought to hack this problem.

AnonSpace - The Anonymous Space is an online proximity based anonymous group messaging app.
It is designed to generate connections for people who are on the go. Anybody who has an active internet connection can create or join a room in the closest proximity and talk to people anonymously within a radius of 100 meters. You can connect with people purely based on their personality and not have any prejudice and stereotypical mindset .

This app is 100% written in Kotlin. MVVM architecture, used with Android Architecture Components and Koin for dependency injection.
The Backend is written in NodeJS using MVC architecture and leverages Google Firebase Realtime Database.
The Web Frontend is written in ReactJS which you can find over here.
Leveraging the Google Nearby API and Location API, we connected users with nearby AnonSpace users.
We have used the power of Google Cloud Computing Engine for filtering the abusive words as well as hosting the Backend.

The hurdles we faced was figuring out the logistics of: 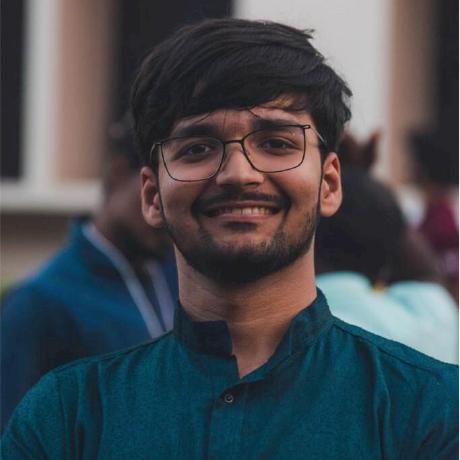