The CyberLife project is inspired by the mission to bring to market a way for NFT to bring fundamental value to emerging industries by driving down costs in production for creators (e.g., game developers) and eliminate functional market inefficiencies (e.g., automated arbitration).

In the ETHLisbon Hackathon, we explore the use case of autonomous NFTs (aNFTs) in the nascent on-chain gaming industry.

The problem we solve is - how can autonomous NFT be deployed to automate creation of non-playable characters in the metaverse, which make up >75% of player interactions in the world's most popular games. Basically, how can NFTs actually provide real usability in the metaverse in an easy and scalable way, not just for looks or speculation.

The aNPC use case presented in the ETHLisbon Hackathon is built on top of Autonomy Network’s money lego brick infrastructure that allows for automation of interconnecting autonomous upgradable NFTs in auto generative manner.

aNFTs have random-determined free will and are pseudo-deterministically bound to the blockchain to act upon other aNFTs in order to procreate, feed and eliminate one-another.

First, the team built a global grid contract to handle movements and interacterability among characters.

Our engineering team built the architecture and modified library for the upgradeable proxy pattern aNFTs smart contracts use, trying to be as modular as possible and at the same time not running into inheritance issues or scope conflicts between all contracts. First the contract spawn network (Quantum & QuantumFactory) was built, then we had QuantumLogic for a barebones logic, QuantumLogicAlpha for a more complex one and QuantumLogicBravo for a more balanced one.

We then used the ERC721 for both wolf-like and sheep-like characters with extra functions such as eat, graze, breed, move. Properties explored were Health points, Attack points, Wisdom, Fertility & Resistance, all determined on-chain by interacting with the hub world and other characters.

Then, we built the AI speech interface for aNPCs to engage with the blockchain layer, as well as built the Family tree representation of the current wolves and sheep on-chain. We also modeled the flow for breeding (cloning) new NFTs

Complexities encountered along the coding sprints were manifold. Along the most pressing unforeseen questions that emerged when entering into the build phase were following:

Pushing out more than 1500 lines of working Solidity code during the hackathon without compromising code quality nor architecture effectiveness is something we're really proud of. Next to only producing sleek code, we also allocated sufficient resources to vital non-code elements of delivering a holistic project. This includes creation of marketing & brand assets, communication strategy for launch of aNFT campaign. Video looks really great too.

We believe technology and UX are what ultimately pushes the aNFTs usability to the next level and the balance we developed internally during ETHLisbon was really seamless, so we really hope we can show CyberLife to more people outside the niche.

Some of the major learnings include: Plan enough time for testing. Plan more time for testing. Get your non-tech team members onboarded as soon as possible so they can also support in giving invaluable feedback to product creation. It’s fun to work In interdisciplinary teams. Clear communication is key.

Creating autonomous little creatures inside a blockchain can get really hard really fast. We had to strip down the logic a good number of times to fit within the hackathon timeframe, but those more complex implementations ultimately ended up serving as good lessons and fundamentals towards building leaner ones. Integrating OpenAI with Web3 is quite a ride as well, as latency can be a problem and end up making the whole flow a little unreliable.

What's next for CyberLife (Autonomous NFTs)

The team is working to prepare for a launch of the inaugural genesis CyberLife aNFT drop containing 8 aNFTs on Rarible platform working with influencers from the space, such as gmoney. These 8 aNFTs can expand indefinitely and end up in thousands of offspring over just a few days, fueling the secondary market in the POC so we can better tweak the many parameters of the contracts. New hub worlds can be deployed future alongside a clear dashboard where owners can visualize the interactions on-chain. 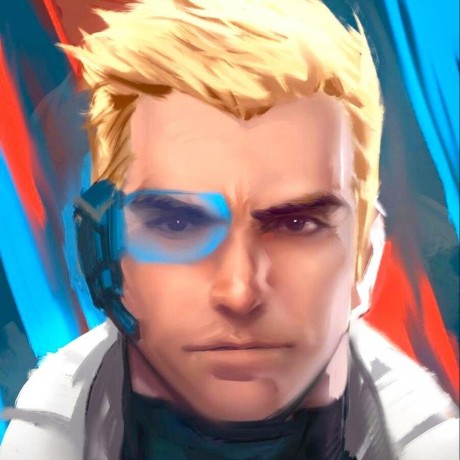