Our group has a website (12leadtrainer.com), that is capable of generating realistic 12 lead EKGs. The generated EKGs are purely digital and only view able on a computer screen. We wanted to create a device that would allow them to be viewed on a real cardiac monitor.

We created a converter that using a variety of technologies, can download EKGs from the website, convert them into realistic voltages using vector math, and then output them via a USB port to an arduino based device. This device has connections for 10 EKG leads that can display to any cardiac monitor.

In order to get the data from the javascript based web app to the analog inputs on the monitor, we had to use a large variety of technologies including javascript to initially output the waveform, C# to convert it and output to USB, and then an arduino to receive and distribute the voltages to analog outputs. We had to create custom circuitry that stepped down the voltages from the arduino output 1.2 to the 2 millivolt inputs on the cardiac monitor.

Our next step will be to create a second prototype that is more compact and physically robust, as well as continuing work on a better link between the website and the arduino. 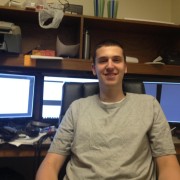