The possibility of taking an authentication process and applying it for the scale of social media. It's similar to identifying criminals using NSA's facial recognition database but using typing patterns.

We used TypingDNARecorder-Android SDK to record typing pattern from the Android client.

The Django Backend stores the typingDNA patterns in postgreSQL. A plethora of events are triggered based on user actions. It is handled using celery which uses rabbitmq as a message broker. The celery background workers handle the jobs and submit their results from typingDNA API to a neo4j database.

So lets get into the graph:

We have two types of nodes:

We have four types of relationships:

When a new user signs up, his onboarding pattern captured above is compared against every user's onboarding-pattern using TypingDNA's /match API endpoint which is bread and butter of our platform. Based on TypingDNA's results we create a relationship USER_SIMILAR amongst these users saying that they are likely the same person.

When the user tweets from his phone we vet it against their onboarding pattern to verify if the tweet actually came from original user or not using TypingDNA's /match API endpoint. If yes, a relationship called VERIFIED is created from the user node to this tweet node.

When the user tweets from his phone we vet it against their onboarding pattern to verify if the tweet actually came from original user or not using TypingDNA's /match API endpoint. If no, a relationship called UNVERIFIED is created from the user node to this tweet node and an email is sent to registered email id to inform about this anomaly. If it was a false positive the user can report it in the email that we sent. This pattern will now be considered as a verified pattern and it will be useful to compare against the future tweet patterns.

We generally compare every tweet pattern with all users onboarding patterns. This will create a relation between user and the tweets which are mentioned above as VERIFIED or UNVERIFIED. In addition to this, the tweets will now also point to inidvidual users. In case an impostor tweets from your account (identity theft) we can directly pin point the user(s) who might have tweeted it. This relationship is identified as TWEET_SIMILAR relationship.

yaswant is an ordinary user who is casually using his phone to tweet his own tweets which are being verified using TypingDNA.

Analysts can query using cypher query language in order to visualize the original user’s tweets, we can see that the ‘yaswant’ tweets here are verified because it came from his actual phone and account. It was typed by him and it got verified using TypingDNA with the confidences between his tweet patterns and onboarding patterns shown.

yaswant and minosai are two users. yaswant has tweeted a tweet represented by node 0. This relationship was established using TypingDNA. Now let's assume yaswant tweet-0 get's flagged for fake news, we can now find all the other accounts that the user has. This will help us to curb fake news.

Analysts can query using cypher query language (CQL) in order to visualize a flagged-and-verified-tweet from yaswant in order to find fake accounts which are used by yaswant. Here minosai and yaswant have a relationship called USER-SIMILAR which identifies them as fake accounts.

We’ll be making a close attempt of what happened on July 15, 2020 on Twitter. The likes of Apple, Bezos, Musk, Gates, Obama, Trump, Biden all of their accounts were compromised. The suspects of this scam are still on the run as of now.

• Let's there are two verified accounts - trump and bezos . • Initially trump has two tweets (0 and 1) and bezos has one tweet (0). • Now a hacker joins our platform and posts a normal tweet. • He got bored and got access to trump and bezos twitter accounts and just decided to post a BTC scam tweet coz why not.

Now our platform can be used to find the impostor among us.

Our platform is primarily an Android application which uses TypingDNA's Android SDK.

It took us a lot of time to come up with ideas which had proper social impact and which were not simple authentication app.

It rekindled our hackathon spirits during this lockdown. We were all able to communicate and coordinate as and when needed.

It was fascinating to experience TypingDNA's authentication methods which are comparable with existing industry leading authentication techniques. We realised the importance of team work, hard work, smort work.

What's next for Among Us

In future we can expand this same project to cover: 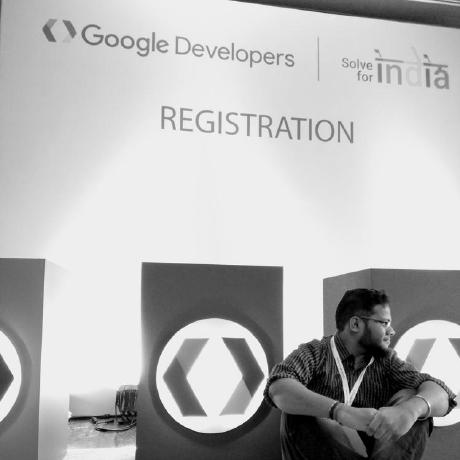