Other social media sites restrict you to using your real name.

Other social media sites limit how many accounts you may have.

Other social media sites are simply an extension of the real you into cyberspace.

Alta Persona is different. With one master account you can have multiple personas, be John Smith to some, while Lord Kelvin to others.

The inspiration for this comes from observing RPers on another social network using fake names, and sometimes multiple accounts, despite both being against said social network's ToS.

The primary target for this project are hose who wish to socialize while under a pseudo-name, Role-players, and those that simply want to be able to separate their social circles in a way that keeps their identity in each secret from the others, with little effort. 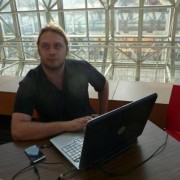