An innovator does not begin with a preconceived idea, rather the idea is a result of careful study and observation, and the innovation is the product of the idea. But, if the innovator cannot see then there will be no observation and so there will be no idea. Sometimes it is the small things that we don’t notice that cause the most problems. The same can be said for diagnosing conditions like far-sightedness or near-sightedness. Vision impairment is rising year on year, with global estimates of 237.1 million affected by moderate or severe vision impairment by 2020. Moreover, Uncorrected refractive errors (URE) and unoperated cataracts are the top global causes of vision impairment and over 80% of all vision impairments are preventable. Consequently, the Availability of vision assessment is limited in low/middle-income countries and minority groups in high-income countries. We think that stopping the decline of our innovators is all the inspiration we need.

The DESIGN of EYE CAN SEE.

Our project has two components: The hardware part ensures that the eye test can be conducted at the right distance by alerting the user when they reach the right distance. An Arduino was used along with an ultrasonic sensor, LED lights, and a buzzer. We programmed the Arduino to give the distance of the user from the device using ultrasonic waves. The LED lights and the buzzer indicate when and where the user has to stop. The red light shines until the user reaches the right distance which is followed by the green light shining and the buzzer buzzing. After the user has reached the correct distance for starting eye test, he can begin recording and reading the sentences on the screen. They progressively grow smaller to test 20/20 vision. After the user has finished speaking, the program will use the Google's Web Speech Kit to do voice recognition and display the text spoken on the screen. Furthermore, it will display the results of the eye test and give a value for vision (Ex 20/20 vision, 50/20 Vision). This was done by initially using a HTML to create the basic layout of the website by adding components such as the button and the text. Then a script of javascript was added to make the website responsive and integrate the speech recognition API. Moreover, the algorithm for rating the vision was also implemented in this part. CSS was then use to make the HTML page look good by adding appropriate background color, font size and opacity.

Challenges faced during the course of the project.

The very first challenge we faced was our lack of experience in handling any sort of hardware. Only one member in our group had a basic understanding of how to operate Arduinos and code into them. It was very challenging to learn these basics and apply them in a very short timeframe. Another challenge would be our limited knowledge in the use of API’s on which the final component of our project was dependent on.

We are proud of having learnt how to write basic code for hardware in a short span of time. We also managed to create both a hardware and software component which can be effectively linked to each other which is a proud feat for your very first hackathon.

We learnt how to as a team collaborate all our knowledge and understanding of all the different part of the projects (hardware and software) and make something that has a lasting impact on the society. Moreover, we most importantly learn how to code in Arduino and Javascript and use HTML and CSS to make the UI interface.

Further developments for EYE CAN SEE.

There are many other features that if improved would make a huge difference and perhaps could be of large scale use. Firstly, Operating the hardware and software in continuous tandem to give an automated response. Additionally, providing a better user interface which would enable the user to have a more engaging and exciting (game-like maybe)experience while having eye-tests so that they are encouraged to take eye tests from time to time. 2/3rds of the World's population have mobile phones so we would like to off course make an app for the same in the future. Lastly, our program tackles near-sightedness, so we aim to expand our program's application to hypermetropia, astigmatism, and even color blindness

As states in our inspiration, this project has a large potential is underdeveloped/developing countries. The issues of lack of medical Infrastructure and cost of healthcare are being tackled through our project. Furthermore, EYE CAN SEE minimizes the need of periodic hospital visits. As a result, we are able to successfully test the eye without the interference of factors such as laziness, cost, and time. This advancement also allows elderly citizens with accessibility issues to get a eye check-up regularly. 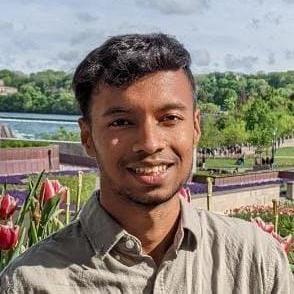