A runaway alien from Glucopia crashes into Earth in a spacecraft that looks (and tastes!) like a sprinkled doughnut.

Confused about the norms of the planet, the alien fortunately encounters "The Book of Good Things Good Humans Do", left behind by a dog's deceased owner, Grandma. With a galactic bounty on his head, the alien must blend in among earthlings by following Grandma's footsteps - after all, if she followed this book then she must've been a Good Human, too, right?

Inside the Book of Good Things Good Humans Do contains, a daily to-do list that all Good Humans must carry out, such as:

(this is where the user would input their personal daily "to-do's!" and habits they desire to form)

At the end of the day, the to-do list is submitted and karma-earnings are evaluated. Depending on your level of karma, the storyline and relationships with earthlings alters. If you earn enough karma, maybe someday you'll get to be the President (running, an Alien Nation)! If you slack off your to-do list, you run the risk of getting alienated by your neighbors. Slack off too much and you'll raise suspicion, which might get you caught by the Galactic Federation!

One of our teammates were late to work one day, and she was thinking that it would be great if there is a productivity game that is fun and engaging, like an adventure book.

After showing the background story, a sample checklist of things to do will pop up on the screen. The user can choose to add and delete the tasks to make it personal, and click "done" when they finish certain tasks. A bitten donut will show how much percentage of work has been done. A full donut means that no task has been completed. At the end of the day, the user will click a button to indicate that they are done for the day. Depending on how much percentage of tasks has been completed, the user will be led to corresponding storyline. If the user finished most tasks, they can play with a storyline in which they may be receiving compliments or experience great things. If the user finish few to no tasks, then the storyline will be some sort of virtual punishment that we have kept to be light-hearted and humorous.

We used TWINE to write our script, brainstorm, and streamline the storyline. We then created all the original pixelated art on Piskelapp that we will be using for our visuals front end in png files, so that we would not violate copy rights. On Figma, we designed each page that the user will see on the phone, visualized how the product will look like and how it will work, and finalized the flow and links among the pages. On Javascript, we threw everything altogether to make every function work.

Our first attempt at a game through a webapp text adventure! We still are having a bit of difficulty with javascript and decided midway to abandon Twine since it was difficult to integrate. We still have some issues getting the front-end for mobile and web.

What's next for ALIEN NATION: A Productivity Game

*We hope this game could become much more than a text-adventure - but rather a game you can walk around and navigate in, similar to Animal Crossing - for mobile. The game's narrative and the relationships between the alien and neighbors would alter depending on the completedness of the user's to-do list, enforcing virtual accountability. We hope that by having a FUN storyline for both non-completion and completion, the user would feel more inclined to be HONEST about their tasks for the day, as incompletion of the to-do list would still be entertaining.

HEALTH INTEGRATION and IoT: Someday, to enforce an honor system, Alien Nation could possibly include IoT products that track sleep and exercise habits. That way, the user would not be able to lie about the completion of their to-do list. Inspired by how Pokemon Go encouraged people to exercise through gaming (i.e collecting pokemon), players of Alien Nation would feel encouraged to get out and exercise to complete their to-do list (and prevent their alien from dying!). 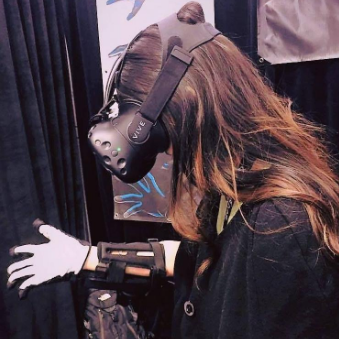