At the University of Waterloo HCI Lab we are researching the use of robots in education. We are interested in keeping students engaged and having fun while learning. We wanted to tackle different topics within one skill, as well as integrate different game-styles into one. Our goal was to make fun, different, and curiosity-inducing games which kids can come back to time and time again.

Alien invasion has three alien-themed games that can be played on any alexa device (echo,dot,tap). Each of the games is targeted to teach and practice a different skill in an entertaining way for kids. First game, Teach-The-Word asks kids to teach new words to the alien visitors using word analogies. They get alien-coins in return for teaching them correct words and reinforcing their knowledge. Eg, Aliens know that “Celsius” is connected to “Temperature” by some relation (unit of measurement), kids have to guess what should “Meter” be related to so aliens can learn a new connection. Periodically, kids also reinforce their knowledge by correcting the sets aliens have made themselves based on previous sets. Second game, Spaceships is about attacking alien ships with equations that equate to a number where the ship is located. Kids start with the “weapon” (aka mathematical operator) of addition and as they play more rounds, they unlock new weapons: subtraction, multiplication and division. Once they have more weapons available, they can decide which one they want to use for each attack. An example of an attack is: if Alexa says there is a spaceship at location 25, it can be destroyed by the kid saying “twenty plus five” (since it equates to the correct location). And Finally, the third game I-Know-What-I-Know, Aliens try to engage kids in a trivia to test whether they “really” know the answers or if they’re just guessing. Kids get more points answering honestly rather than guessing.

We used alexa-skills-kit to build the alexa-skill and coded it in python.

The challenges we ran into included figuring out how to use intents in the most efficient way; figuring out whether to define a certain intent through sample utterances, custom slot types, or using amazon built-in intents, for example. We also ran into challenges when considering how to keep intents separate between the three games and not having Alexa get confused between the three.

We’re proud that, with little prior knowledge of voice-interfaces, we were able to create a three-in-one skill which is fun for kids to use and lets them practice different skills in an exciting way.

Voice-only interaction games can be really fun and engaging.

What's next for Alien Invasion

The current games within Alien Invasion can be developed further so that they will include more rounds. We’d also like to incorporate speechcons and sounds in the games. Additionally, the skill can be extended by adding more games, to practice more topics under the guise of an alien invasion. 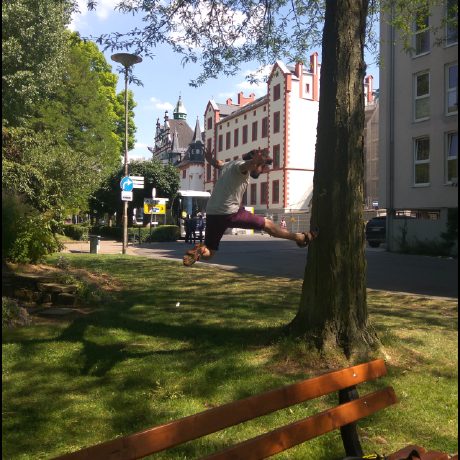