The inspiration for this hack came from an idea thrown in from one of our brainstorming sessions. Jack propsed a hands-free application that allows the user to retrieve posts from social media. As we're all avid reddit users, we applied this to our favorite anonymous social media site, and applied machine learning to #HackHarassement.

Using voice-control, the user can control Alexa to navigate through Reddit. The user specifies the subreddit and the number of posts to read. Alexa repeats the titles of the top posts in the subreddit, but skipping over the negative posts. Once Alexa reads all the positive posts, she asks if you want

The app is broken down into two different major components. Our frontend is Alexa's voice interactions, written with the flask-ask framework and tested on AWS Lambda. The backend is done in Python with the Reddit API. We then apply machine learning to determine the "negativity" of the post, using the Indico API. The negativity and sentiment are analyzed to label potential vectors of online harassement.

Our original plan was a voice-controlled Facebook messenger browser. However, we learned that we didn't have enough time to familiarize ourselves with Facebook API. Twitter wasn't an option for us either, since a Twitter browser on Alexa already existed. Out of the remaining social media, we decided Reddit was the best suited for voice-control.

One accomplishment that we're proud of is our success in integrating different APIs into one project, where data found by the Reddit API can be screened by indico API, etc.

None of us were very comfortable writing script in python, and this project gave us the opportunity to develop our skills in python.

One plan that was removed (due to time constraints) was the ability for Alexa to read the top comment from each Reddit post. Since the idea of AlexaBuddy started with Facebook, one possible next step would be to transfer our knowledge from this project to creating a voice-controlled Messenger on Amazon Echo. 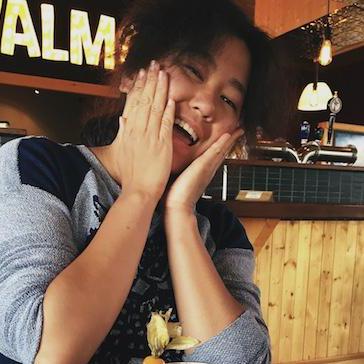