Locally (in Toronto), dirty air kills 1,300 people and hospitalizes 3,550 per year. This results in $150+ million in healthcare costs, and ~$2.4 billion in total economic damages when factoring in lost productivity. Previous investigations have shown elevated pollutant concentrations near highways, busy intersections, and industrial facilities.

Delhi stands out when considering this problem on a global scale. In Delhi, air pollution kills ~1.5 million people per year, and permanently damages 50% of children’s respiratory systems.

AirWear enables a whole new level of distributed air quality monitoring, created using data aggregated from non-localized nodes. As you go through your day, AirWear automatically records metrics about the air you were breathing. Spikes in air quality can create automated alerts, which will immediately let you know that you are breathing polluted air. AirWear will recommend clean routes for your commutes, and provide real-time pollution “heatmaps” of your community and city.

The UI was built with React and plotly.js. There were many iterations on which data to visualize and the sample rate. Data acquisition consisted of reading values from humidity, temperature, pressure, and gas sensors, then sending these values over the mobile network to the cloud database. Sampling rates can be controlled on-the-fly from the UI (via a HTTP POST request) to customize the cellular costs incurred, which may be of particular interest for impoverished areas.

A challenging aspect of the UI was graphing data in real time as it was collected from the database. Managing data acquisition from the sensors to the cloud was also tricky as IBM cloud times out after around 6 minutes, requiring a reset of the microcontroller. Finally, managing HTTP requests was challenging, as the MCU had to parse the json text instead of a raw string.

We are proud of building an end-to-end application, from sensors that collect data, to the storage of the data in a database and visualization of it in a browser to get insights.

We learned about the value of large amount of data. That is, a few values don’t show a trend/pattern, but as more data is collected, more insights can be derived from it. Learning to use the Telus IoT Kit with the convenience of the IBM bluemix platform was also a real pleasure.

An integrated system throughout the city that: monitors air quality, inform citizens and governments about general patterns, direct pollutants (traffic, crowds...) to cleaner routes. This is in addition to individual alert systems for people in highly toxic areas. We envision a fleet of drones which can conduct more complete surveys. 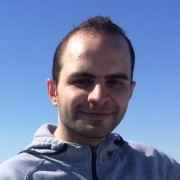