We were inspired by the growing home IoT industry that's developing more and more products everyday to make our lives easier. We wanted to create a product we could really see people using, something that would actually add value and be potentially commercializable (not that we have any plans for that at the moment). It was important to us that it be something that actually could have some sort of impact, and not one of those IoT projects that people see and wonder why it was even made (IoT toaster anyone?).

AirFuse is a fusebox alternative that is designed to be easily installed into a home's electrical infrastructure. Once installed, it gives the user various new functionality related to their home power network. In addition to giving you control over your fuses wherever you are through the smartphone app (saving you that trip to the basement), it is designed to measure the current flowing through its terminals and record this data into the cloud. From there, the accompanying app can leverage this data to visualize it in various ways, giving you insights into your electricity usage on an overall and fuse-by-fuse basis. Additionally, the app can be configured to send you push notifications when a fuse has tripped, so that even when you're on the go you can be aware of any potential situations at home.

We built AirFuse by leveraging a variety of different technologies, and truly using the full breadth of our Mechatronics engineering backgrounds. Initially, a product specification document was created where the functionality was fleshed out and defined with a clear set of criteria and constraints to evaluate the final product with. Then, the electronics were designed through drawing a schematic (included), simulated for correctness, then prototyped on breadboards. Once the design for a single fuse module and Arduino 101 control circuitry was validated, we moved to hand soldering three fuse module prototypes onto protoboard. Ideally we would have liked to print a PCB for this, but the time constraint of the submission deadline prohibited this.

In parallel, once we knew what the final electronics were going to look like for the prototype, a 3D model of a housing was created, leveraging free CAD models of common electrical components such as the Arduino. This allowed for the design of a suitable housing that could be 3D printed to enclose the electronics. Once both the electronics and the housing were built and in our hands, it was simply a matter of final assembly and wiring, before fully testing the unit from a hardware functionality perspective.

Finally, with a validated hardware platform, we could really dig deep into creating firmware code to run on the Arduino, API code to run in the cloud on one of our personal servers, and app code to interface with and display the information hosted in the API. These final three software tasks were done largely in parallel near the end of the project. Somewhere in the middle there was also some time devoted to more marketing related tasks such as creating the AirFuse promo video, submission description, website, logo, and general aesthetic.

Time Management - Both of us working 8 hours a day at internships meant that we really needed to dig to find time in our schedules to work on this project. We persevered though, because we were definitely committed to submitting something, even if it was a little rough around the edges.

Software Development - Our core competencies both lie in something other than software, so we definitely had to work a lot harder at creating usable (if not pretty) code for executing our vision. This was great, however, because it definitely forced us to grow our skills in API development, Android app development, and IoT applications in general.

Krisztian: I'm proud of how the integration between electronics and housing worked so well in this project. This was a lot of new stuff for me in terms of designing a functional housing, and we even opted to buy and print transparent PLA for the LEDs to shine through and make the front look better. There's definitely a lot that could be improved, but in general I was very surprised and proud of how nicely it all went together in the end.

Utkarsh: I am proud of developing the API used to interface the Arduino and Android app, as this allowed us to work in parallel. It was my first time designing an API and am glad about how it turned out. Additionally, I am proud of how the electronics worked together, as I was responsible for prototyping and testing the fuse modules.

Throughout the duration of the project, we have expanded our knowledge in a variety of ways, including mechanical design, electrical design, and software design. Here is a short list of the somethings we learned:

If we were to continue to expand AirFuse, there are a couple of things we could do right off the bat:

Finally, if we were to truly make this a real product, we would have to completely redesign the fuse module to support much higher AC currents, since the current small scale prototype only works with less than 5A DC. This was an early decision to reduce scope and complexity to meet the submission deadline, as well as make testing safer. We definitely do have some ideas on how it could be scaled up for higher current AC though. 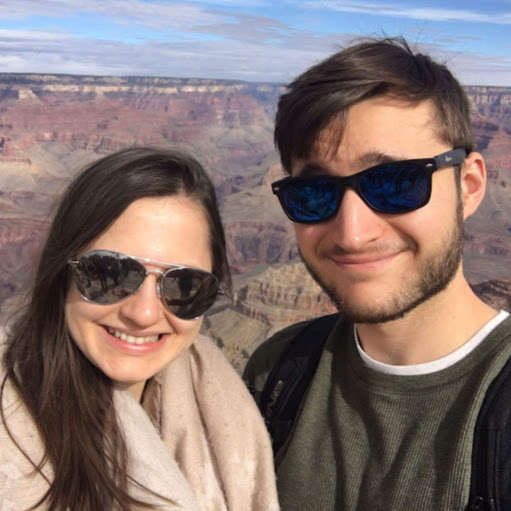