Humans are reshaping the world. We make it visible.

Climate predictions show maps of constant shape with varying colour, encoding information such as temperature change. We show this information by shifting the shape of the map. Global Warming becomes Plate Tectonics. Places on the heating Earth are taken over by those with a similar temperature in a world without global warming. Deserts grow. Forests retract. Continents drift and change their shape.

Learning the transformation: A CNN architecture is trained on subsequent temperature maps from the 150 years of CMIP6 data. It learns a year-on-year transformation to be able to extrapolate into the far future.

All code has been developed during the hackathon and can be found on our GitHub repository.

In our initial idea, we overestimated the temperature change and the uniformity of average temperatures. We found our land masses to move less than expected. What's worse, the pixel-by-pixel mapping is very discontinuous. Pixels that are next to each other in the original map may end up in completely different places. Interpolating results in wird distortions. We ended up mapping only some pixels with the algorithm and interpolating the movement of the others from this.

We were able to learn from each other. We managed to base our art on science. We are sending a clear message.

This is the first time we are trying to make computer-generated art. We learned about what is different and what is the same in AI for science and AI for art. We learned to use the greater freedom art allows you. Making art is hard because things don't go as planned. Luckily, the earth is beautiful however you transform it.

What's next for AI Weiwei

We would like to make the mapping conserve the shapes of continents more and only move them around so it becomes more like plate tectonics. We would also like use a U-Net to learn the year-on-year differences in the picture rather than the temperature and use this for prediction past 2100. The same approach could be applied to other measures than temperature 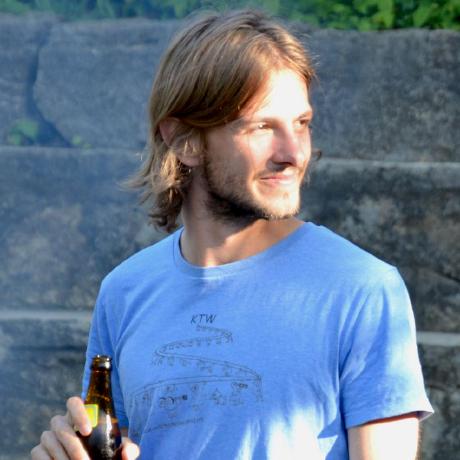