We wanted to build This first, but we ran into a lot of issues regarding neural networks, so we went ahead and found some easier applications that uses genetic evolution algorithms and stumbled across the "drawing pictures" apps we saw on youtube

The computer iteratively attempts to mimic an input pictures through drawing it with 100 circles of varying circle and radii, and continuously improve its accuracy based on a generic genetic algorithm

We followed 3 main steps that are common in genetic algorithms:

In our case, the DNA would be the coordinates and colors of all our circles.

The actual app itself is built with the P5 JavaScript framework, which is similar to the Processing language/environment.

The most challenging aspect was trying to optimize our fitness function, our cross-breeding function, as well as our mutation function, as the simulation takes a long time, and usually it is very difficult to get significant results in an hour. Thus, we had to be very careful in terms of when to test.

In the end, we were not able to get a visibly optimal solution, but we believe that with further optimizations, the algorithm should be able to produce better results.

Genetic algorithm, as well as some of the core concepts behind it. 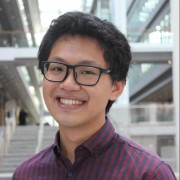