Despite the ubiquity of the Internet in modern life, citizens continue to communicate with their local governments in much the same way as they did fifty years ago. Agora seeks to fundamentally change the way that citizens communicate with their local governments. The agora, literally "gathering place," was the center of political life in Ancient Greek city-states. Building on that idea, Agora is an online discussion space that allows citizens of the local community to suggest ideas, collaborate on community projects, and reach out to their local government. Agora seeks to build better and stronger communities by further enabling democracy in the Internet Age. 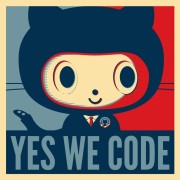