I often find myself sucked into the realm of social media, whether it be TikTok or Snapchat, and scrolling for hours at a time. I love computer science and technology, but I often trade off time spent practicing self-care for social media. I was inspired to develop the beginnings of Agent Spork, the loveable chatbot who gives gentle reminders to take tech breaks, drink water, or simply listen to their terrible dad jokes. In order to start helping myself and my friends, who would rather communicate through dog filters of Snapchat than talk, I decided to make an app that could break us from these terrible habits.

Agent Spork is a chatbot app that sends reminders, at intervals of your choosing, to stretch, drink water, or close your social media apps. Since they are a chatbot, the Agent has a variety of conversational features including links and to self-care, meditation, and hotline resources. These resources include links to the Trevor Project, Suicide Hotline, MindfulnessExercises.com, and Mental Health America.

My solo project was completed through Google Cloud's Dialogflow API and Android Studios. Both were programmed in a mix of Flutter and Javascript. Graphics, such as the logo, background, and other visual elements were designed by me using Canva. I have previous experience with Android Studios and Flutter, but the Dialogflow API forced me to learn and adapt to the new technology and how it worked alongside Flutter.

Once the app and chatbot had been completed, I moved forward with integrating the bot into Discord, Facebook Messenger, and Slack. Unfortunately, I ran low on time and opted to continue adding those elements later on in the app's development. While I was unable to perfect their integrations, I began fine tuning the variety of responses and training the bot to recognize different styles of speaking through Google Cloud.

I'm beyond proud of the effort I put into learning how to connect the different platforms of Dialogflow and Android Studios. While it wasn't the most difficult aspect of this project, it was incredibly frustrating to fail over and over without any progress. Eventually I realized I had been connecting the wrong file in the wrong location, which hadn't lead to errors because it technically wasn't incorrect. I am incredibly proud of my perseverance this weekend and not giving up when things got stressful.

I learned a lot about machine learning and software integrations while working on this project, in addition to being more self-assured in my programming abilities. I typically work with teams on projects this large and with front-end programming, not actual operations. It was fun to work with different libraries and explore with the expectation of making mistakes; realizing that I could make mistakes and that I should to grow my knowledge of troubleshooting and problem solving was likely the best lesson that I learned while working on Agent Sporks.

What's next for Agent Spork

Over the next couple of weeks I plan on rolling out updates, integrations, improved graphics, and an even better interface to prepare the app to be released on the Apple and Google App Stores. I want Agent Spork to be a tool for positive change, especially among my generation who never seems to be able to put our phones down. Additionally, the mental health crisis caused by the pandemic has put additional strain on teens who are active on social media and the suicide rate has increased drastically. I want Agent Spork to help prevent those tragedies as we move forward into a brighter (and sporkier) future! 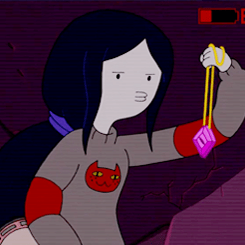 Over the past two weeks, I've fine tuned the response sensitivity of the Agent Spork chatbot as well as the resources available in the Dialogflow knowledgebase. Graphics in the app have also been improved to have a more user friendly interface.