To be able to recreate a simple, but yet very addicting game

Using Unity's Javascript, we were able to use its properties to build objects, circles, and interactions between objects.

How to use the general functions within unity including creating objects, force and speed manipulation, joining objects together, and applying GUI's.

What's next for Agar.io Remade

Multiplayer and modifications that would make it different from the original 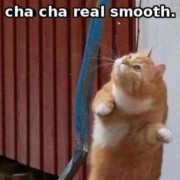