For some of our team it was our first time in the United States. We were staying at a place in downtown LA on the 49th floor. You could see everything far off to the horizon: Planes, cars in small streets and on the highway, trains, a lot of police, firefighters, bicycles - a dense, rich big city life. It reminded us of earlier ego-simulation sandboxes like SimCity. There's just so much information to gather from such a vantage point, two-dimensional maps just can't convey the richness and relationships of it.

Jeff's background is in connected devices and big data, and together with Mille's conceptual and visionary skills we knew we wanted to explore the intersection of creativity, data, and VR.

ESRI provides a framework for combining GIS data (a common interchange format for geospatial information) and presenting it in 3d. For the hackathon, they made available to us a beta of their SDK for AR/VR, which featured stereoscopic rendering. To this framework, we brought in and plotted information from several sources, including government GIS servers, amateur radio, and the public transit and bikesharing system

We learned how to use Github's project management

What's next for Action Maps 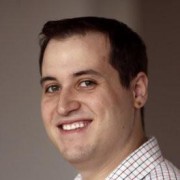 Working on putting together a short video!