For our final project, we will be creating a remote controlled car. The car will be built using Lego pieces and basic DC motors, with the axis built from K'Nex. The movement of the motors will be fine-tuned with code to response to the tilt of an external accelerometer, which will communicate via XBees. The accelerometer will function as a gyroscope in the sense that the tilt (after calibration) determines car motion. Essentially, if the accelerometer is tilted to the left, the car will turn to the left. In a similar fashion, we can use the accelerometer to move the car in all four directions. We will try to implement it so that the slope of the tilt relates to the velocity of the car, and the angle of tilt sideways relates to the angle away from forward that the car travels.

Furthermore, each side of the car will be fitted with simple IR proximity sensor, made IR LEDs and IR LED receivers (photodiode with 2 pins). If the sensor detects anything too close on either one of the four sides, the car disallow action in that direction, and buzzers may sound and light will be lit. The market for this product is children. We will try to portray this as an alternative method to actual remote controlled cars – essentially, because of the accelerometer, kids will be able to control the car through hand motions instead of a joystick. It accelerometer will be fitted inside a glove and thus from an early age, children can learn the essence of precise hand motor functions while enjoying a dandy product.

Compare playing a driving game with a Nintendo Wii controller as oppose to on a Playstation or Xbox controller.

The materials needed for this are an accelerometer, Lego and K’Nex pieces, DC motors, proximity sensing apparatus, XBee wireless communication, and Arduinos. 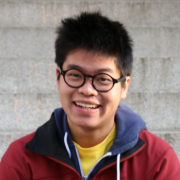