We were compelled to abandon the Twitter portion of our project after the "rapid unplanned disassembly" of the backend engineer's computer's disc. At the moment, it's just a tool for interacting with a backend that specialises in sentiment analysis. We've left the README in its current state below so you can see what we were close to accomplishing if it weren't for Rocky Mountain Power (thats right, I called them out. Fight me).

The reason why we don’t have a full-fledged website isn’t because of a faulty backend or a faulty front end but rather it’s a connectivity issue between the two.
Cross-Origin Resource Sharing (CORS). CORS is a standardization of HTTP headers that specifies the origin of the sender (e.g. the domain). The purpose of CORS is to let the browser know if it should permit the loading resource. CORS only works over HTTP (unencrypted HTTPS). The website is HTTPS, but the API is not (HTTP).
CORS disallows the loading of HTTP resources from HTTPS, which means we can’t use our API (fully-working) from our frontend. There are three ways we could get around this:

We were motivated to create a tool to try to discern the difference between what is trustworthy and what is not after observing the widespread misuse of social media and the spread of fake news via social media. Your Aunt Velma will no longer be able to claim that Bonobos are using 5G to spread poisons into millions of people's drinking water! Doesn't it sound fantastic...?

Accurate is a tool that can help you figure out which online sources are the least trustworthy. This is accomplished by gathering information on which sources are related to which social media posts (in this case, Twitter). After this information is gathered, NLP is used to identify basic intent, and the result is skewed by the popularity of the source. Following that, the data would be traced back to the social media site, and some factors might be linked to identifiers (e.g. hashtags).

This project is made of a few different components:

This is the peice that grabs social media posts and sources, and bundles them into a file that the NLP software. The crawler is built in Rust, so you can just use the cargo utility that we all know and love :)

The Natural Language Processing aspect of this project is one of the most critical parts. It should only be needed to run once per group of crawler output data. This is built in Python, so you can run it as normal (but download the dependencies first!).

The view from the outside world! This peice assembles crawler and NLP data into a final product, which is then accessible via a REST HTTP server. This is also built in Rust, so build it the same way as the crawler!

Whats the point of a backend without a front end‽ This is hosted on a server that the website domain points to. To host it on your local computer, do this!

What's next for Accurate 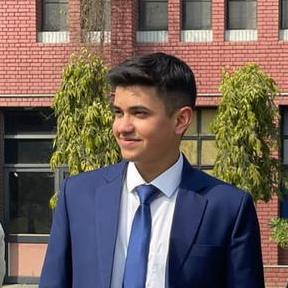