When exploring Myo, we were immediately drawn to this unique tech's potential to aid others who are hard of hearing by creating an app that allows people to communicate through signs translated to text.

We often take the simple act of conversation for granted, forgetting about those who communicate differently. However, in reality, 17% of americans (36 mil people) are deaf adults. We wanted to be the heroes and create a messaging app that can bridge the gap between the deaf and the hearing

The Myo was a little difficult to translate into intricate sign langugage because can't detect specific finger movement. Instead decided to do bigger motions which allowed us to create a pseudoASL made specifically for Myo's capabilities. While this app just works with a few signs for now, shows the enormous potential in what the future of communication will look like 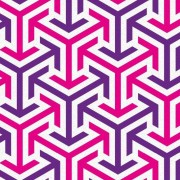