I spent the day improving an existing gem. Github user timothyf had done some work putting together a gem that served as an API for the GameDay API. It was awesome, but the gem had not been updated since 2012 and was not working.

I got the gem up and running and provided a little better documentation. I also outlined next steps on my github repo so that other fans can make this thing better and use this gem. I hope to continue working on it and make it into a serviceable gem. 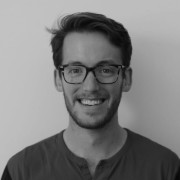