Update: Our research papers are now available on the following links, thanks!

Although we find ourselves in an era of progress where at the fingertips of every individual is the entire literature and documented history of medicinal, economic, social, and technological development along with all manner of information, it's strange how then contemporary society and the public are generally very misinformed and resort to unclear and often self contradicting narratives that that often harm and endanger the lives of the people that support them and those around them.

So, to aid this issue, we created A-POL. Our idea was to create something that could give you a proper overview of the true situation without compromising your own ideals, and so that making rational judgement would truly be possible.

A-Pol is the one stop platform to fulfill the ultimate mission of bringing users into the political schema. Once a user approaches our website they are able to create an account and take a political compass test. This test reveals their political ideology and assigns it to their account. Using the assigned ideology, a state of the art algorithm is able to create a personalized news feed just for you. Staying on the topic of creating more political involvement, we added “Tracks”, a feature that allows you to choose specific movements and issues that you are passionate about, and automatically add related articles to your feed. Along with “Tracks”, we introduce a new game changing feature, also known as, “The OtherSide”. This feature allows you to completely flip the script and view articles that are the exact opposite of your recommendations. This allows users to be exposed to a whole new side of politics that motivates them to get more involved. “The OtherSide” is able to engross users and show them a whole different side to the political world that they may have not been exposed to before. Speaking of the different sides of politics, with the increasing numbers of biased media sources, sometimes it’s necessary to step in and provide clarity. This clarity can be found in our ground-breaking feature “Neutral Mode”, which shows users solely articles that have been dubbed neutral by our artificial intelligence machine. Additionally this trustworthiness lines up with that provided by outstanding media sites such as Politifact, Allsides, and AdFontesMedia. A-Pol, as any infrastructure, provides the easing of daily actions and promotes the betterment of the means of organisation and change.

The first step in creating any project is the idea itself, so in order to come up with this we sat down to have a brainstorming session using an app I built a while ago, jott. The theme at the time was political awareness, so our idea was purely logical in nature: a way to help some of the greatest issues in the world of political awareness without needing the incredibly high budget required for education.

The idea was to create a sort of third party delegate that would act as a correspondent between the source and the audience, influencing what they see by creating a fair algorithm that is built on research promoting healthy, balanced discourse.

After figuring this out, we still had no idea if it would be possible, but we sat tight until the competition began. The moment our clocks hit 8AM, we hit the desk and started figuring out ways to build this thing. One of the most important aspects of a project like this, a project meant to have scale and momentum, a project affected by the smallest issue is research. Therefore, we wrote not one, but two detailed, well-sourced papers about the subject. We narrowed down our problem scope, and figured out a sufficient algorithm that, while not being too complex to implement was good enough to give satisfactory results.

The project had 3 main facets:

The conditions of winning this little battle were performing well in all three categories, so with our teammate Luan having completed the research portion, we set out to do the rest. I, Ahmed, focused on the categorization algorithm and the UI portions of the project, whilst Keval applied his deep learning knowledge to fine-tune GPT-3, the world's largest language model, to fit our needs.

Now, the biggest mistake we made here was underestimating our development skills, because we were able to finish our entire MVP by the 17th hour, and had loads of time to build additional features. So, on top of everything we already had we added:

These are some pictures of the designs and the projects.

One of our biggest challenges was the constant wrestling with News APIs, it took forever to find anything reliable, and testing was itself a pain because it required going through every individual article and checking for mistakes.

The second problem was the AI that was meant to categorize the requests, we tried training a couple models with different neuron layer configurations, activation functions, but to no avail. The best, and in hindsight hardest choice was choosing to fine tune the by far biggest language model in the world, gpt-3 to suit our needs. This was hard. It took an unrealistic amount of manual labour to get it working correctly, but in the end, we did.

Well the whole project turned out better than I would have dared imagine, the application is seamless and the functionalities are endless. I actually found myself using my own service to look up news, which is honestly not a very common thing, applying your own project. Hancock lost his job haha.

We're proud of our own perseverance, our ability to code for a day and a half without blinking, and for not losing hope whilst spending hours fine tuning a language model and seeing our project just not function. We were able to suffer through that to get something that, in our humble opinion, is worth using.

Time zones are difficult. Though for real, the difference between this project and the ones we've done before is that this one was good haha, and the reason, the pillar upon which it was all built lies in the couple hours we spent doing heavy research and figuring out what we want to build and how we want to build it, then going on to move fast and break stuff.

A-Pol will continue to be improved, we are not certain if it would be suitable for the free market or if it will have to be a public service supported by donors but we are certain that we will expand and better it. We thought of attempting to, if we had time in the future, create a system that's preferential to sources that have been deemed to be trustworthy and factual in their reporting. This and more ideas to streamline and incentivize awareness are still at the drawing table.

Thank you for reading, if anyone bothered. Good luck. 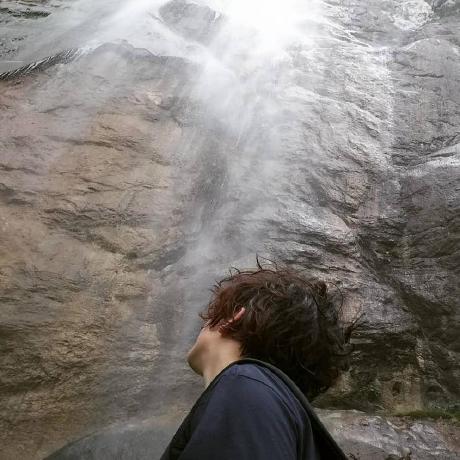