Accelerating the transition into a more sustainable transport system.

The System takes input from the light sensors and analyses where the light source is and where it has to move in order to be always exposed to the sun.

We started of with the building blocks provided by our mentor ITQ:

For this subsystem we connected an array of 9 LDR Photoresistors connected to an ESP32 microcontroller. The actuation commands are also issued from this MCU. The actuation is achieved by issuing PWM commands to a servo motor used for steering, and a stepper motor used for throttling. An algorithm being executed on the ESP32 is in command of the steering/throttling commands issued to the motors. The algorithm takes into account the peak value in the sensor array and guides the autonomous vehicle in that direction, with the idea of avoiding shadowy areas. Noise is normalised to avoid faulty spikes. Due to the high amount of I/Os required for this subsystem, the data acquisition ESP32 is connected via UART to a second ESP32, part of the Data Visualisation Subsystem.

For this subsystem ,we leveraged the computational capabilities of the RaspberryPi computer. In our architecture, it acts as an Access Point (AP), to which the second of the ESP32 microcontrollers connects. The ESP32 itself acts as a simple server, which upon a REST GET request, serves the set of variables acquired from the previous subsystem. This set of variables represent the amount of light falling on the array of LDR Photoresistors. This information is visually represented on the RaspberryPi using the OpenCV framework. Visually, the output is a "light gradient", showing the amount of light/shadow on the sensor array.

Building a prototype in 24 hours

Time Management is key! We experienced that for a good group project everyone needs to know what is happening at the moment and where we want to be in certain time periods. Little breaks as a group helped us refocus and stying on the right path. It is very important that the team always goes first.Only as a team we were able to finish on time and get the result that we have. We spoke about every decision so that no one is being left out or ignored during the process.

The next step after having the prototype run without complications would Beto implement it into a full size golf cart to do some physical research on the behaviour of the system. The goal would be to get the system running perfectly under laboratory conditions and then starting take real world situations into account. After reaching that goal the product would be pitched to investors again to get a small fleet of around 10 vehicles running at a first testing golf club and then getting into a bigger production wich is being slowly ramped up until the product is a sustainable business model. 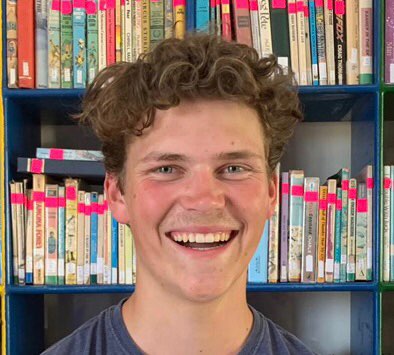