With the increasing number of volunteers, especially with vision 2030. We have noticed that there is a lack of coordination between volunteers and Hajj management. In fact, it's really hard to guide volunteers that want to help in the areas where they are most needed.

The system mainly detects, using heat maps, locations where pilgrims density is high; and notify volunteers that there is help needed at that location. In addition, it helps with coordinating volunteers based on their skills and organizations.

There is also a gamification aspect of the app where volunteers are sorted on leaderboards. In addition, it can be used as a way to motivate volunteers by rewarding them with workshops for their specialties, exclusive meetings with volunteering professionals, or other kinds of motivational gifts/rewards.

In short, it optimizes the volunteers' distribution. In addition, it effectively utilizes time in effort in the right places.

We will be using two interfaces:

Web Interface: We used NodeJS for backend due to its flexible & scalable routing. Note that this backend API will be used for both phone and web versions. The web version is mainly run by administrators to guide volunteers into their needed locations. The frontend is implemented using embeded views (EJS) which is a very good way to create quick, functioning prototypes.

Mobile Interface We used Ionic framework, which uses AngularJS, to run our mobile frontend. Ionic can be used to generate both Android & iOS interfaces with high quality. For the backend, we used the same API that we developed using NodeJS.

We had a problem with finding and consolidating the idea. In addition, our main challenge is finding a good way to generate heat maps in an affordable way, preferably using technologies already established at Hajj areas.

We had a good time coming up with the idea and generating features for the project. We are proud of the interface and our UX since we have two amazing designers for both identity & web/frontend.

We are also proud of the fact that our project can make a tangible change in the Hajj process. VMS will smoothen out the experience for pilgrims & volunteers alike, making sure that volunteers are getting what they signed up for, and pilgrims getting all the help they deserve as visitors to the house of Allah from all over the world.

We learned a better way to collaborate and we learned how to consolidate ideas. Also, we found out that it's very good to criticize our own ideas in a productive way. We learned how to better segment our project, distribute tasks, work on different segments of the project then integrating it all together. Finally, we learned to create good business models that meet standards to pitch our own idea in a convincing, healthy way.

We look forward to building our web frontend using a modern framework such as ReactJS. In addition, we want to further study the possibility of equipping the Hajj area with better cameras that can generate heat maps during Hajj and use those in other areas with different functions to reap numerous benefits. 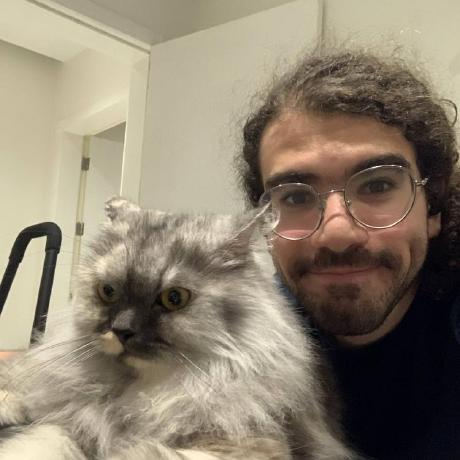