We watched videos in which women called 911 to seek help by pretending to order pizza. In some cases, the dispatchers understood the code. In many cases, the dispatchers did not and hung up the phone. We created 911 Pizza to translate these cryptic Pizza orders and calls 911 describing the caller's situation.

911 Pizza uses the SpeechRecognition API to receive the user's 911 Pizza order through voice recognition and convert it to text. Then, it pattern-matches the user's order and replaces some cryptic messages into easy-to-understand crime reports. After that, it calls 911 via the Twilio API and tell the police about the user's situation.

911 Pizza has a "Menu" that contains a set of Pizza terms used to describe the user's dangerous situation. The "Menu" is updated and randomized to prevent abusers from knowing the meaning of 911 Pizza orders.

We are extremely proud of being able to learn how to build as well as creating a functioning Node.js app in our first attempt in less than 48 hours. We are also proud of the mission and the use cases of our app. We think that 911 Pizza is solving a very specific problem in a very unique way. We believe that 911 Pizza will help a lot of people in difficult situations. 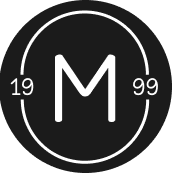