Rural and regional communities are under-served when it comes to Internet accessibility. As technology is increasingly utilised in regional and rural Australia for communication, business and emergency communications, a low-cost community-access approach to distributed IP networks seemed like a pretty fun thing to play around with.

Returns power to the people, man.

I need bigger aerials, basically. Demonstration of the utility of the mesh network was limited by the only source of Internet connectivity being half a kilometer away. Bigger aerials would have meant the number of mesh nodes participating in the network would have been able to cover this distance.

I built a mesh network, and it did indeed mesh to form a computer network. The video call we ran over the mesh was pretty cool, too.

The portable mesh-node that I was driving around Bega with worked really well, too. It was running off of a golf-cart battery.

You can never have a large enough cache of RF equipment at home.

What's next for 802.11 Wireless Mesh Network

Larger-scale longer distance testing. It's only 10kms to Brogo... 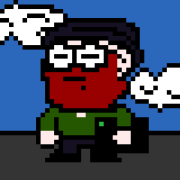