We had spent an entire hour discussing which ideas to implement, and It was quite frustrating that some of our ideas were really exciting but too complex for our ability, so we started playing tic tac toe to relax a bit, and one of us said "we could make a 3D TicTacToe". We ended up settling for something less complex but still exciting.

TicTacToe Ultimate is a 5X5 grid instead of the conventional boring 3X3 grid, increasing the number of possible moves and victory scenarios. It is played by two human players against each other (X and O), but we added an AI component (F), that spices things up by playing a turn each time before the humans' turns cycle.

We purely used java to build the game.

We could not shape our game into an android game 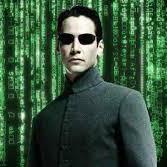