Cube Runner was inspired by the concept of a high speed game with lots of challenge, that makes it fun difficult, and very rewarding to learn.

Cube Runner is a 3D runner game in which you run through different levels trying to dodge enemies and as the levels progress, the pacing gets faster and more difficult. On top of this, you're also trying to complete the levels in as little time as possible.

The fast-paced gameplay makes the game difficult at first, but as you get the hang of how to dodge, sprint, and slow down time in your favor, the game becomes all the more rewarding when you finally beat it.

To make the game we used Unity Game Engine, which is built in .NET. Unity is one of many game engines, but the reason we chose Unity specifically is because it's a great general purpose engine, some of the more famous ones, such as Epic's Unreal Engine, or Valve's Source are generally developed for specific purposes, and as such, are more easy to use for their intended purpose, both the Unreal and Source engines, for example, are developed to cater generally to the first-person genre, usually shooters.

Unity is different in that it is an even platform for whatever type of game you want to make, and people have even made AR/VR apps in the engine. The focus of the engine is not, like most, to provide utilities and tools for a specific purpose, but to provide a single, unified platform for developers to make games. Unity is completely platform compatible with a large variety of platforms ranging from mobile, to console, to even web players. Along with this it provides general purpose tools for the latest technologies such as AR/VR, Hololens, and the latest graphics developments.

One of the biggest challenges we ran into was the scope of the game, originally it was going to be a survival game where you have to brave out a storm long enough to reach the city, dodging trees and debris along the way, and losing health in the cold, the only way to regain health would have been to stay near campfires to warm yourself up, but not to stay for too long so you can make it in time.

This was quickly realized to be an ambitious goal, but we met it with flexibility and reduced the scope of our project into a much smaller, speedrunning/dodging game so we could finish in time.

One of the things we are most proud of are the graphics and the player movement, the movement is meant to be high fidelity but also smooth, giving the player enough control to be able to play at a very high skill level, and have it still be satisfying.

The graphics are also one of our prouder accomplishments, as the game does look quite nice.

Somewhat obviously, we gained some experience in the Unity Engine, but more importantly, that the most important skill when going into game jams, hackathons, or other timed events, is flexibility. As we learned with our original storm game concept, you won't always get to do what you want, and you'll have to be flexible, and that's important above all coding, modelling, or other technical skills.

What's next for Cube Runner

We are planning to make more levels, enemies, and general content, in our limited time we were able to lay the frame of the game, however not much to fill it, meaning a lack of content, however we feel that with further work and polishing, this game might be released someday! 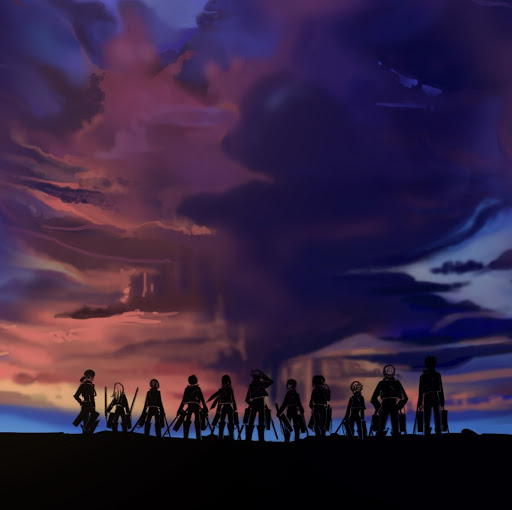