With 195 countries in the world, there are about 38,000 combinations of countries a person can move from and to. Depending on where you're going and where you're coming from, you're going to have a very different set of problems and questions compared to someone making a different move. You may not know what questions to ask, you may feel isolated because of your unique circumstance, and existing resources are scattered and require a lot of research to find.

2flags is an easy-to-use web site that lets immigrants ask and answer questions and create guides for other people who have gone through their same situation. This yields a freely available, centralized library that has a wealth of information about any specific immigratin problem.

When you first enter the site, you choose the flag that  matches your origin country, and you then choose the flag of the country you are traveling to. You must also choose what language you wish to view the site in.

You will then land in a subsection of the website where you will see a "Front Page" of posts made by people who are either also intending to migrate between those same two countries, or have already successfully made the migration. These posts are divided into two types: question/answer posts, and guides.

Topics can range from anything, such as how to do laundry, how to get rides around town, how to find a job, how the school system works, etc... And since the people making the posts are coming from your country, the content will be automatically written in a way that is the most relevant to your situation, since it is written by people who share your culture and concerns.

Users of the site can upvote or downvote these guides, questions, and answers, which will allow the most relevant content to drift to the top. This neatly solves the "not knowing what to ask" problem, since entrants to the site will automatically be given a suite of relevant information that pertains to their particular migration.

The site also features full search functionality, so users can look up whether their specific questions have been asked, or whether there are guides about them.

Institutions that help settle immigrants can freely access the information that is posted in 2flags to help them understand what kinds of questions someone will have as they are moving to a new country. They can also point immigrants to 2flags as a resource to get specific questions answered by people who are much more familiar with their own situation.

These institutions also often have to turn away volunteers, because in-person volunteers require direct management. Even if an institution cannot take on more volunteers, they can instead direct volunteers to 2flags as a means of helping people settle in a country by answering questions and creating guides.

Privacy is a big concern, especially with vulnerable populations and people escaping from difficult situations. 2flags doesn't record any personal data about those using it. Anyone can view the site's content without logging in, while submitting content to the site only requires a username, password, and email address for verification.

Users of 2flags can create audio recordings of their questions, answers, and guides. This makes 2flags far more accessible for those who have difficulty reading. It also acts as a measure to keep out bots, because it's harder for robots to make realistic-sounding audio recordings. Last, the audio feature creates a stronger human connection in the community. When you can hear the voice of someone answering your question in your native language, it can make you feel much less isolated.

Although the audio recording feature is entirely optional, content that has both text and audio will be given an advantage in the algorithm that decides what content floats to the front page of the site.

We designed 2flags using Progressive Accessibility, which means that you should be able to use the primary functions of the site regardless of your level of knowledge or literacy. Here are some examples of the considerations that went into it.

We were primarily inspired by StackOverflow, which is a site where programmers using any programming language, confronting any specific techical problem, can get their questions answered by other people who have run into the same problems. We thought, if this concept works for programming, why can't it work for everything?

Adam Coster took the role of lead web programmer. He developed the back-end of the site and most of the tools used to get the front end up and running.

Sam Coster led the way on design and layout of the site, creation of art assets, and front-end web development.

Seth Coster assisted with design, and was responsible for both marketing and aggregating, cleaning up, and composing data to use as the basis for the site.

Shi Chen assisted with design and took on ad-hoc programming tasks to add features to the system, such as audio recording.

One of the biggest problems we faced was finding reliable information to create the infrastructure of the web site. We had to spend a lot of time scrounging up lists of country names, lists of languages by country, and cleaning up data to make it usable.

We also wanted to ensure that our service couldn't be used by predatory individuals to take advantage of vulnerable people, so we spent extra time on the design to make exploitation less likely. One of the best ways to do this is the "reputation" system (seen in the "What's Next" section), as well as upvotes and downvotes, so the community can bury predatory posts. The audio recording mechanism also creates a layer of legitimacy, so it is harder for people to fake who they are (if they use the audio recording feature).

Last, we are game developers by trade, so the technical challenge for us was that we weren't able to use almost any of our normal tools to tackle this problem. Instead, we had to pick up new programming languages and tools that we were almost totally unfamiliar with. Although challenging, this turned out to be a lot of fun, and we learned a lot from it.

Because 2flags relies on the network effect, it needs a community of a certain size before it becomes useful. To ensure it reaches this critical threshold, we will first work with universities to get their international students involved with 2flags, since this group will be most likely to be able to adopt this technology, and they are in regular communication with their university administrations. Universities also often have sizeable populations of international students, which will help kick off the service.

From there, we will reach out to institutions that work with assisting immigrants in settling in the US and get them involved with 2flags as well. As the 2flags community grows and it becomes more of an important resource, word can spread among immigrant communities on how to use the site.

What's next for 2flags

Some features we would like to add if we were to develop this further:

Balsamiq UI mock-ups. It was a great tool, and the output looks pretty neato. 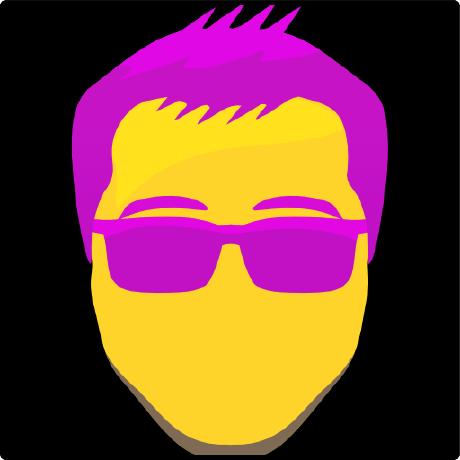