My idea going in was a randomly generated side-scrolling platformer game. Your character is stuck in a system of caves, and has to find their way out, while also fighting monsters and collecting power-up to aid their escape. The trick? The caves are slowly filling with water, cutting off access to lower caves as time goes on. If you don't get out in 27 minutes, you never will.

The prototype game I developed during MHacks is nowhere close to the game I just described. My main intent was establishing a framework and developing the random generation methods. I created a method for randomly generating maps, and for scrolling in a 2D tile-based map. 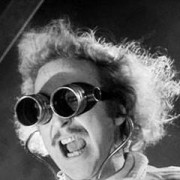