We saw a similar thing for comparing college football rivalries over the years a while back and wanted to create a means to do this over the course of a season for different baseball teams.

Plots cumulative statistics over the course of a season for each team. That way you can see exactly where your team's ERA was on July 3rd, or how many HRs they had hit on Aug 20th (and compare to their division rivals)

We grabbed a data set from the 2015 MLB season and began to parce the data and chart it. While Adam was doing the backend calculations, Tyler was designing and coding the front end. The result is what you can see and explore with today.

Charting libraries that use canvas are beautiful, but very slow. It wasn't until later in the process we made teh switch to highcharts. That helped take down load times while still keeping the data beautiful.

Honestly, finishing. That is a lot of data to get through and to make it presentable on a single page. Especially for a non-baseball fan to be the one doing most of the backend math.

We said it before, but avoid canvas is you are going to plot a ton of data points on one page. Even if you load it lazily, it will overload the processes and just lock up. Sorry, chartjs. It's not you, its us, we don't like you.

Probably post it to reddit and get famous. Realistically we will host it and just update it with historical data every year. If someone wants to pick it up and go with it then by all means. We are just proud to make a cool thing that hopefully some people will enjoy playing around with for a while and find interesting. 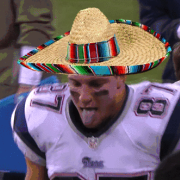