1111 Days is a VR documentary tracing the tragic story of Kalief Browder, a teenager from the Bronx imprisoned in Riker's Island for three years without trial from 2010 - 2013, and the subsequent events leading to his death by suicide at the age of 22.

The project was built using Unity 5.1 and the Google Cardboard SDK. Some of the scenery was built using Matlab and C++ code from academic papers on computer vision. This trick was used to reconstruct 3D environments from individual 2D still images to wander around and interact with in VR. It's one of our secrets that neither the VR nor the game industry seems to have caught on to, but very appropriate given the scarcity of visual material relevant to the story and the obvious logistical difficulties that would naturally arise trying to film inside Riker's Island and other venues.

Editing the enormous story, piecing together the narrative from publicly available interviews, footage, and news coverage of the case is and still remains a big challenge for us. Every day we find new conventions from traditional documentaries and film that simply don't work when the viewer enters the VR world. We're on an uncharted road right now to make the best use of the new tools only VR offers, including 3D sound, head-tracking, and interactions inside an immersive space to best tell the tale. Most importantly, using this platform to serve the story without veering into tacky, superfluous, 3D tech demonstration tropes typical right now of VR apps, and remaining truthful to the source material.

We're not looking to make another VR zombie shooter, roller coaster simulator, or high-budget panoramic music video. Proud to have the endurance to push forward with a story of this importance.

How much longer and difficult it takes to build narrative in VR inside 3D space, a bunch of optical illusions, and much deeper insight into the hell of mismanagement, bureaucracy, and injustices of New York City's court system.

Ongoing research into the source material to flesh out a comprehensive narrative and bringing it to VR. Photography to capture the scenery of the events to reconstruct into an immersive environment. Giving the deserved reverence for the countless victims of stories like this and getting the word out. 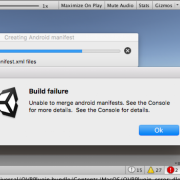