In the beginning I genuinely think some of us thought this was a good idea. Our delusions quickly became clear when we realised what we had gotten ourselves into.

We decided to write an app that would allow users to call in and create a meme through the magic of their own voice. Yes, because sometimes Googling a meme is just too easy.

A user will phone our toll-free number (brought to you by Nexamo), and an electronic voice will ask them which type of meme they want to create. The user will respond and the bot will proceed to the next question, what search term do you wish to use to find an image for your meme.

All the users responses are then passed into IBM watson to work out what was said, then we use various APIs (Bing, Gfycat) to spit out a customised meme.

The meme will then be visible from our website, and if we had 15 more minutes, the user would be sent the meme via MMS.

Node.js for the back-end with Handlebars.js for the front-end. Spend most of our time trying to get APIs working (Google Cloud did not co-operate, hence Watson which was very easy to set up)

Realising that our idea was meaningless and we were using the precious little time we have on this Earth to develop it. Denial - believing that the idea maybe 'had something to it' Google Cloud Platform's authentication and documentation for their Speech API. Working out how to manipulate images in Node.js, we ended up settling on JIMP.

We are still clinically sane having gone through this. We got the Nexamo API working after many hours. We managed to get it done, or there abouts.

Google can be mean sometimes. Bing is under-rated. If an AI enslaves humanity, it won't be so bad if it's Watson.

Working with phone calls can be messy. Sleep is under-rated.

And don't drink 7 Red-Bulls in 6 hours, even if they are free. Just because it's a hack, doesn't mean you should expose your API credentials on GitHub.

MMS responses, then hopefully we will be bought out by a VC. 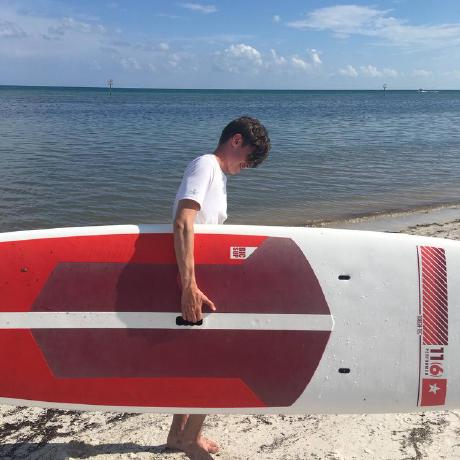