We thought the Wage and Benefits data set would be interesting and productive for a few reasons.

First, with wage growth stagnant in the US, ensuring workers receive the pay they are entitled to is hugely important.

Second, we assumed government data would be cleaner (addresses normalized, for example). We were wrong. The Department of Labor is not the NSA.

With sufficiently developed analysis, the Department of Labor or potential employees or any business based in the U.S. could benefit. The DoL can alter inspection patterns, and job seekers can avoid toxic employers if they have the luxury to do so.

We used the IPython Notebook with Pandas to load and clean the data. Visualizations were created in Javascript with D3.js.

Frankly, it's surprising how messy the data is. Although the DoL does offer a functioning search page to find wage violations by business name (awesome), the messiness of the data and lack of more detailed information makes it difficult for even a motivated searcher to remain informed.

Addresses are not normalized, typos exist in all fields (in even dates), and legal names are inconsistent. We very aggressively normalized and stripped the trade name, legal name fields. We created an address field assembling and parsing the included geographic information info a standard form. We developed an process to identify rows where 2 of the 3 "essential" fields were shared (trade_name, legal_name, and address) and join them as one entity.

We tried to normalize trade_name and legal_name using Levenshtein distance, and then Jaro–Winkler distance as similarity measures, but they didn't work as well as simply removing punctuation and spaces. In retrospect, a slightly modified Jaro-Winkler (weighing both prefix and suffix) on top of the aggressive normalization would have probably worked well.

A few thousand rows were also cleaned by hand while scripts were running.

About 70% of our total group time was spent cleaning the data to a point where we could group entities with a fair degree of confidence, and with some more time (and sleep) we're confident we could have produced a few more interesting graphs.

If the data set was cleaned to the state it ought to be, there's quite a lot of interesting exploratory research that can be performed. It would also be much easier to join this data with another interesting set to try and get at the more "predictive" angle of interest to the DoL. Here are some questions that came to mind despite 20 hours of high color-temperature light cleaning this data: 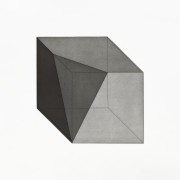