In Antilucid, you begin your adventure in your bedroom with many objects to interact with. The player quickly finds their VR Headset and this is where the real game begins. The majority of the game and story take places inside of a virtual world while your player is signed into their VR headset. Although this is a single player game, it is a story of a player inside of a online virtual world (VRMMORPG). The player will encounter other players, battle enemies, collect loot and gold. The encounters with other players are scripted as this is only a single player game, it is a story about someone playing an online game.

The game is entirely controlled through Gaze. Hands-free! We have been pushing the limits of Human Computer Interaction concepts with Virtual Reality and have been surprised at how natural games can feel when controlled with only the gaze input. 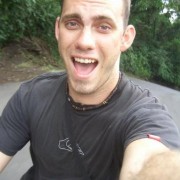 Thanks to all of your support, Antilucid has won 1st place in the "Global Archiact VR Game Jam"! Complete with a 2 week trip to China to meet top industry investors, venture capitalists, and gaming companies!

Friends of Devpost, I'm asking YOU for help :D

A Playable Demo has been released on Google Play! Check it out here: https://play.google.com/store/apps/details?id=com.nurfacegames.gajam01